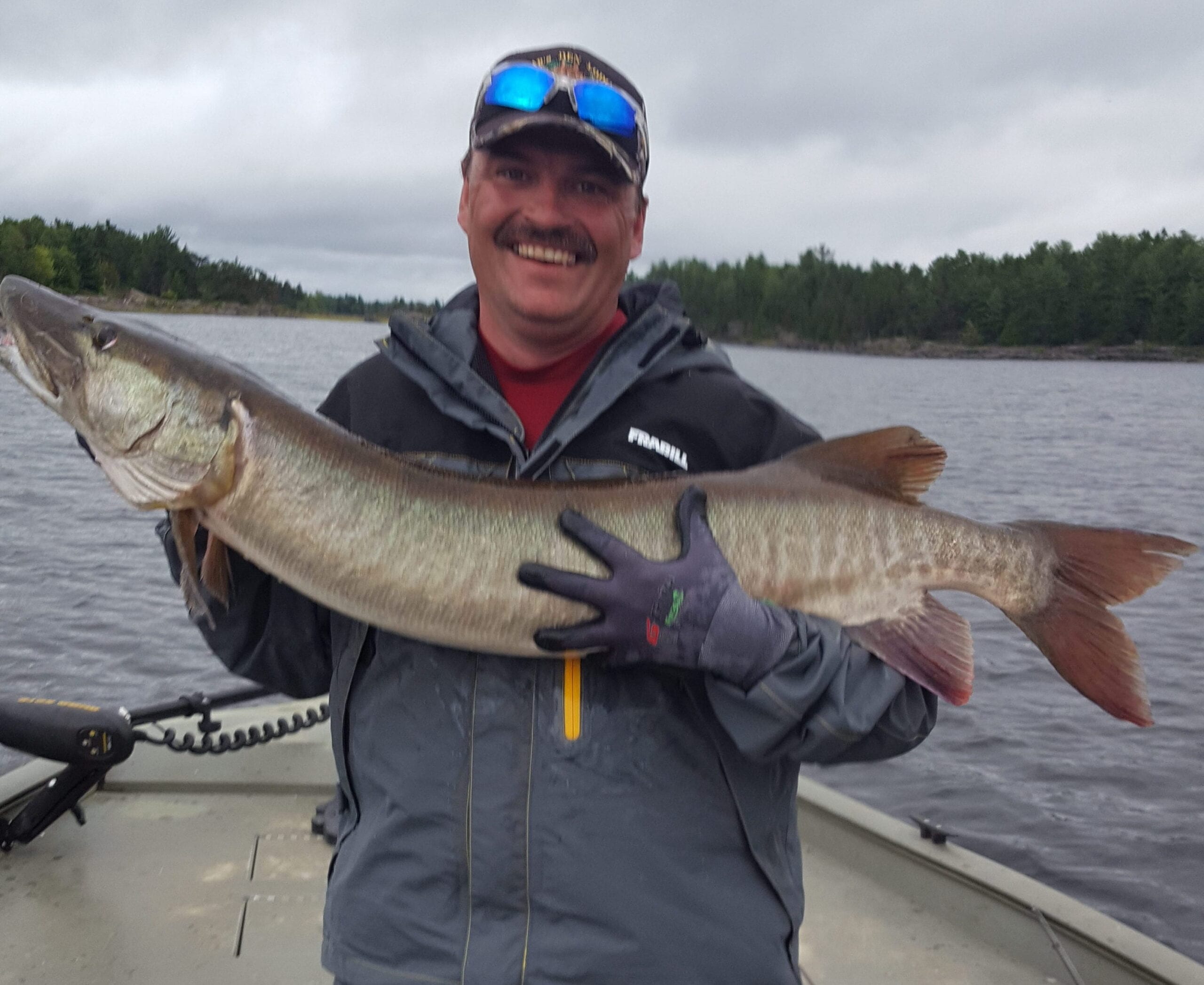 One of the best times to fish for French River Musky is in the fall season (from late-August to October). The cooler autumn days bring about a change in the musky’s behaviour – going from a territorial couchpotato snatching up easy prey to a nomadic hunter as they move from structure to structure in the shortening daylight cycle. 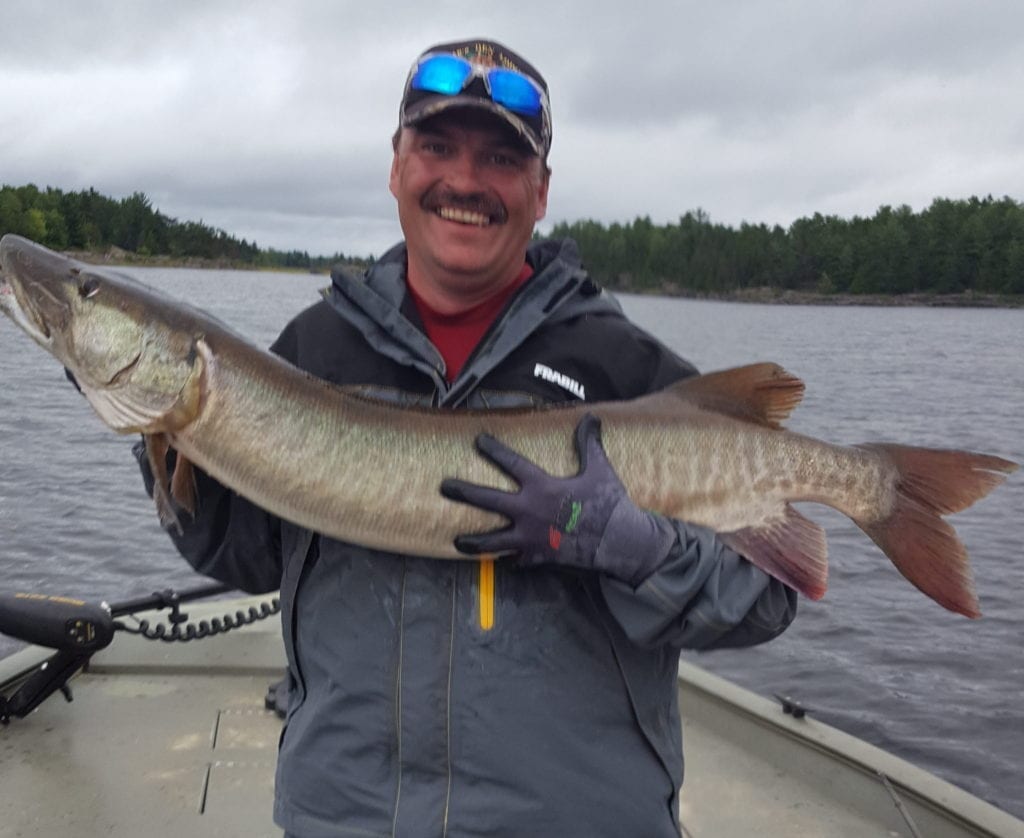 This change in behaviour can be seen as early as the last full moon in August as the younger male muskies return from the Georgian Bay following the salmon and alewife looking for waters richer in oxygen and food for spawn.  Muskies particularly begin to display this behaviour, when the water temps begin to drop to around 15°C (59°F). Their instincts drive them to binge feed before going into a torpor (much like bears hibernating) during the winter months and with limited time in the spring to feed prior to spawn – the fall is the most important time to gain weight and nutrients for eggs or milt to develop. 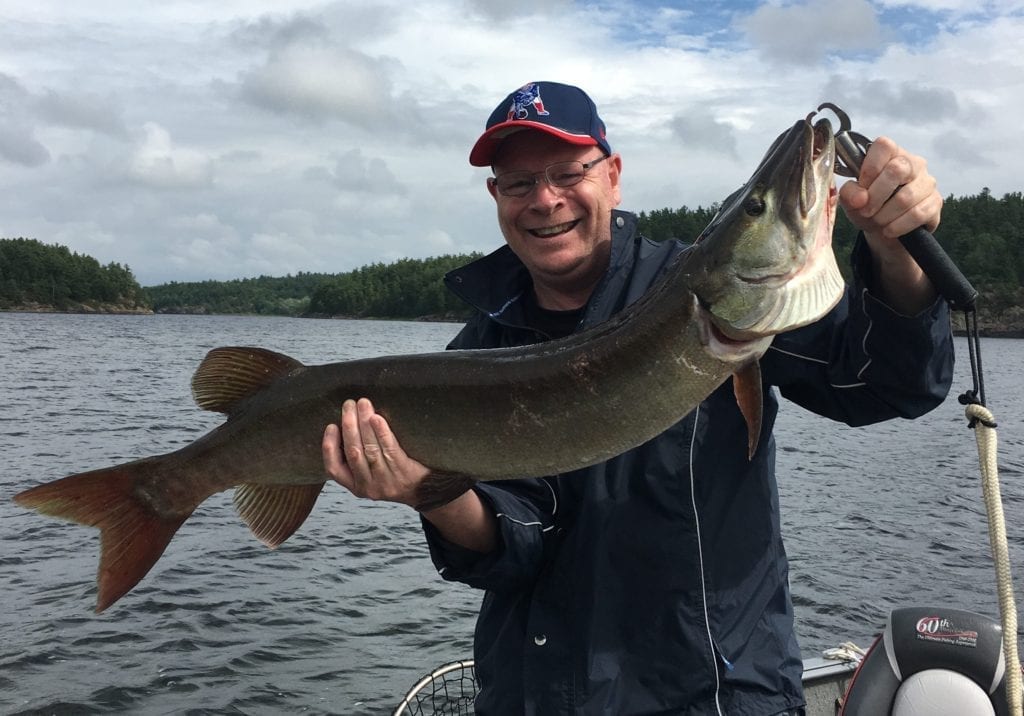 In the tail end of summer and early fall, on the French River, muskies will be near places such as weed-beds and rocky structures that allow these predators to ambush smaller prey. As weeds die off, however, the bait fish will leave for rock piles and places with current to help shelter them before they migrate deeper back into the depths of the French River system. To mimic the patterns of the musky’s prey, jerk baits such as Suicks that act similar to weak or hurt fish as it will suspend its depth and rise slowly on the pause. It is this sudden pause in the bait’s erratic movements that will trigger strikes from any followers. Around structures, large minnow-baits, crankbaits, and even spinnerbaits will work when retrieved steadily, with several pauses, to entice hesitant fish.  Other options to fish with would include bulldogs and bucktails too. 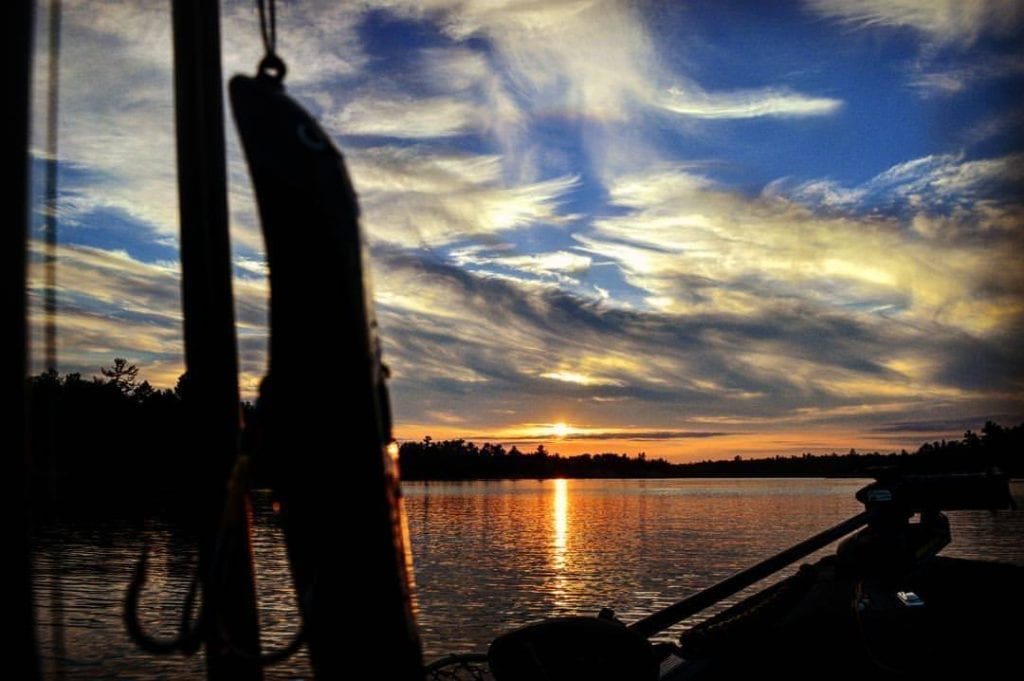 While there is a common belief that bigger is better, especially in the circles of musky anglers, and it is certainly true that a musky will eat a fish (such as pike) that is about half its body length – they are also opportunistic hunters. While they might prefer to eat one large fish and digest them near the bottom of the river for a month, that does not mean they won’t take the opportunity to eat several smaller and possibly slower game for the same fill. At Bear’s Den Lodge, we have seen on more than one occasion individuals bring in 45+ inch muskies on things like frogs and spinnerbaits while bass fishing.

While trolling is a viable option on the French River, especially with your larger baits, we highly advise you to also use lures you can comfortably throw into the structures that hold these elusive trophies. The French River has many backwater bays, channels and etc with constantly changing water depths, shelves and rock shoals that it is impossible to be able to cover over 30 square miles of water (approx 78 square km) without casting into those prime waters.

Regardless of the lure and fishing technique you choose, the key at this time of the year is to concentrate your efforts in 15 to 30 feet of water. Colours to use to help improve your chances would be dark colours (dark purple, brown or black) with a light accent colour such as orange, chartreuse, and even pink–are proven choices. The dark colour allows the musky to have a clear visual of a silhouette above them (especially during the darker and cloudier days) while the lighter colours allows you to see your retrieval and distinguish between the bait and the potential musky following. That said, upon every retrieval of your lure you should change the direction of your lure (left or right when appropriate) to help see if the trophy flashes its lustrous green scales.

Trophy muskies are almost always female spawners approaching 30 years of age, so releasing them unharmed is vital. Hold up a big fish improperly, let it flop on the floor while you grab a camera or, worse yet, gaff it, and you significantly reduce its chances of survival after release. Ideally, you should keep the fish in the water over the side of the boat in an extra-large net while you remove the hooks. If you must lift a big muskie into the boat, gently cradle its belly—then get it back into the water as soon as possible.