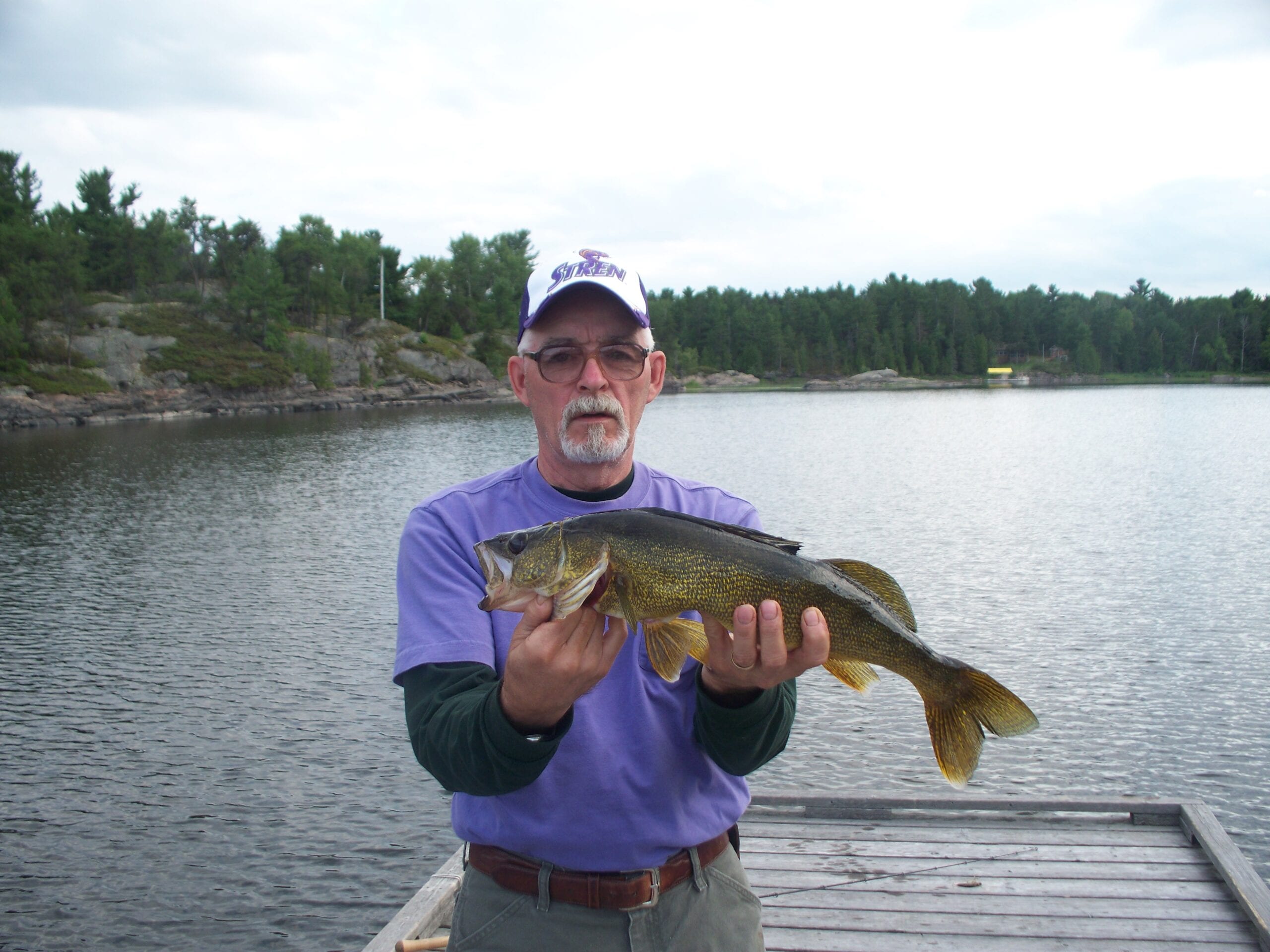 As days become shorter and the leaves begin to change, walleye fishing too turns over a new leaf. Fall is a fabulous time for walleye fishing on the French River! Schools of walleye return from the Georgian Bay to join the resident walleye population for spring spawn.

In preparation for the winter & their seasonal spawning, walleye form hunting packs looking for a variety of baitfish. While there are many species of minnows, including emerald shiners and northern redbelly dace; the most productive and best areas to fish are ones that hold lake herring (cisco).

Cisco are a fatty-oily fish that are part of the salmon family. They are a tasty treat to help fatten walleyes in the fall. You can find schools near the water’s surface as they pop like popcorn on calm days. However, it is difficult to get near cisco as they will scatter when approached by a moving boat. On windy days, it is harder to find schools of cisco. However, they will remain in open water unlike other baitfish that are pushed towards shoreline by the wind.

Like Spring, the best bait to use in the fall is live bait. Jigs and worm harnesses are a solid choice to fish depth in tandem with either worms in the early fall or baitfish (best is cisco if you can catch them but minnows work as well) in the mid to late fall. Depending on water temperature and light levels, it is best to fish from 15 – 30 feet down.

Depth finders are helpful in finding schools of fish, but are not required. Generally speaking, baitfish can also be found around structures that are close to currents and drop offs. Walleye will wait for any opportunity of an ambush and be suspended near the edges of the structure. As a result, wind does not change patterns of baitfish as drastically in current as other kinds of fish structures and open bays will. The key is to troll properly and fish a pattern up and down near contours until finding a bite. Once you mark fish try to position the boat near the activity and begin fishing more vertically close to bottom.

If activity seems slow near current, the other option is observe the direction of the wind and waves fishing closer to shoreline. The wind, as mentioned earlier, force the smaller and weaker baitfish to congregate. This will attract walleyes along with many other predator gamefish. However, walleyes do have a distinct advantage over competitors like northern pike as their silvery eyes allow them to see better in lower light levels.

Get Your Walleye On

Using these simple bait, tips and tactics, your fall fishing for walleye on the French River will produce tight lines.