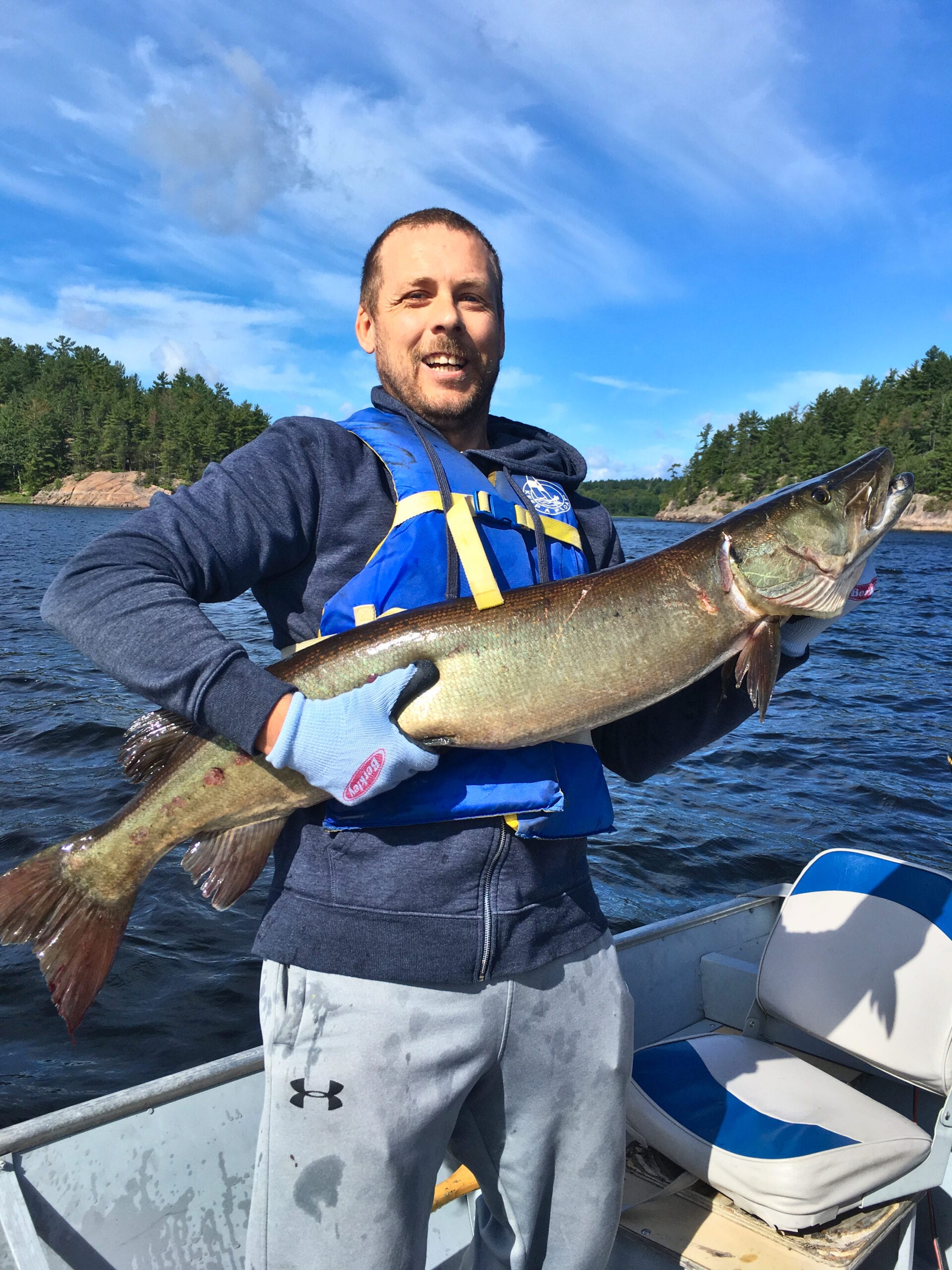 Five Casts & A Lifetime of Memories

Life is a journey that can be full of challenges and unexpected surprises hiding behind even the most simple rock structures. For Chris and his son Austin, they visited the lower French River Delta for just a day out fishing the same as when Chris remembered growing up fishing with his father.

“My father was the one who started me on fishing. Just about every day — every morning we would go to a spot to catch bait fish with a dip net. Later we would go to one of our bass spots and catch our limit. My father and I would go home and clean all the fish. We probably ate fish about three or four nights a week growing up… Sadly, my father passed away thirteen years ago so I decided to embark on this musky quest because of him. I felt it would be a new challenge to try musky fishing.”

“I started musky fishing three years ago. At first, I thought it was going to be easy! I thought, no problem, no problem I’ve caught this and that. But all I caught at times was a sunburn. However, that didn’t matter because I was ready to go the next day out on the water.”

What I Learned & Used to Musky Fish

“Later on, I started to build my tackle box along with self-education from anything I could find on the internet. I also read articles from Musky Hunter Magazine and books like Bill Hamblin’s 120 Days.”

“I used what I learned. Positioned my boat between the rock island near the bay and the shoreline, I first cast towards the rock island. Then cast another three times following along its structure. I cast the opposite direction and immediately had a hit from about ten feet from the point from the shoreline. It was an absolute rush reeling in my first musky and had my son help me. My arms and legs shook with excitement holding up our first musky and felt a closeness to my dad.”

“What lure was I using? A Father’s Day gift I received from my wife, Katie. The lure is a Dadson Lil’ Darlin’ in Kimbo Slice colour. I modified it with a trailer-tail, using half of a rubber worm and spring to fasten to the treble hook.”