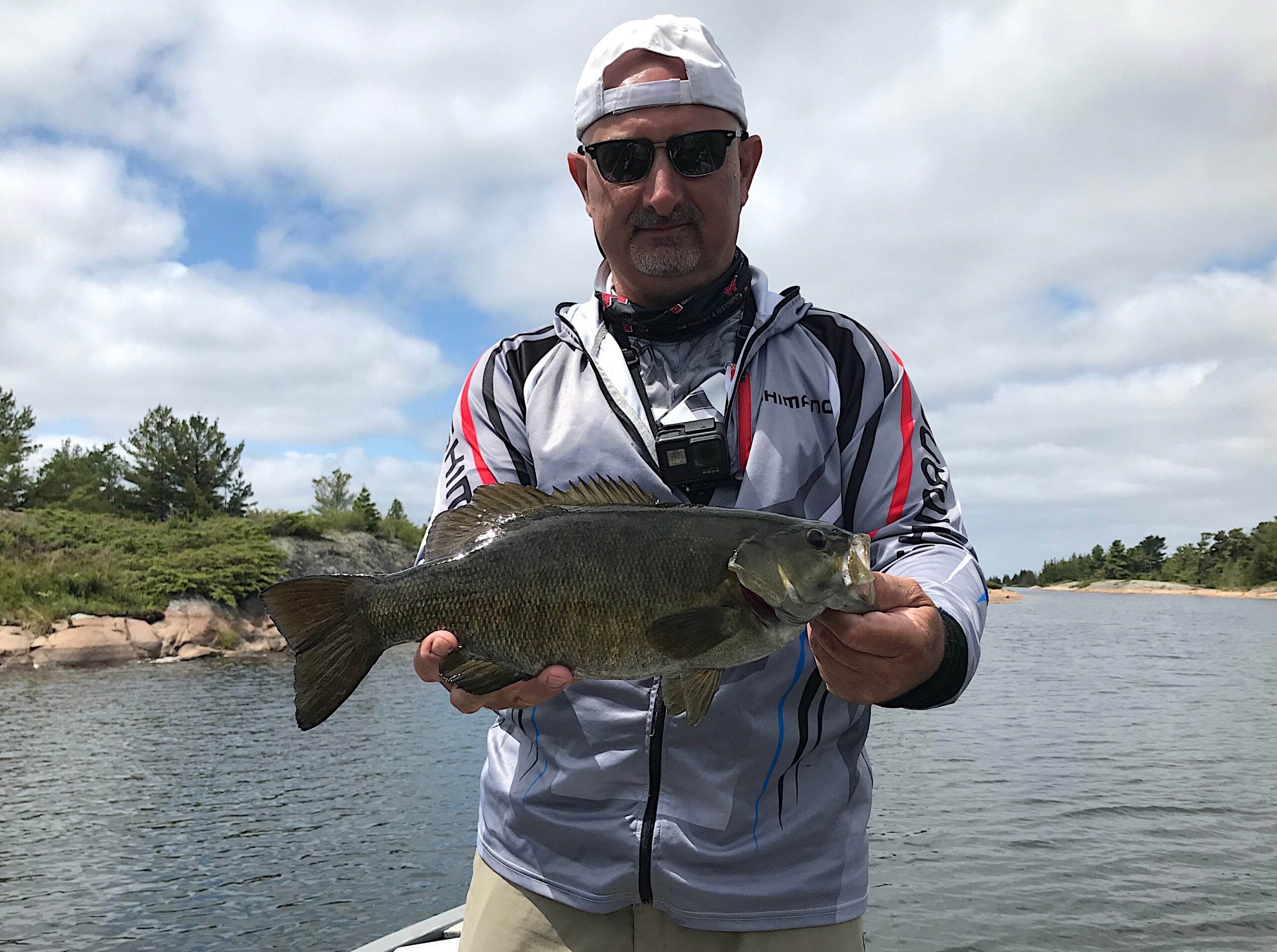 How To Properly Hold & Release Fish

Canada has held a long tradition of conservation. It first started with First Nations (Native Americans). Next, was the movement of university-trained foresters and industry leaders near the end of the 19th century. The work of “Canada’s first celebrity conservationist”, Jack Miner, led to the Canada-US Convention Protecting Migratory Birds. This paved the way for future conservationists and biodiversity research to protect our ecosystem.

Since 1994, Ontario has enacted slot limits to help preserve our fisheries. Today, many anglers take part in “catch and release”. Which ensures the long-term health of Ontario’s vast ecology.

It’s always a good idea to prepare for the catch of a lifetime. Understand the kind of fish species you will be targeting and the potential size you have to land. The fishing net is an angler’s best friend and also a safer method of retrieving a fish out of water. Whenever possible, use a rubberised net to reduce the amount of slime you rub off the fish. Their slime is a mixture of glycol-protein that forms a protective coat from parasites and infections.

When landing a fish with a net, be sure to net them head first. While they are on the line their instinct is to run and find cover. Use darker coloured nets. They mimic the look of weeds for the fish while in the middle of a fight. Thus, making it easier for you to net them.

After netting the fish, leave the fish in the water. Allowing the fish to relax for a minute or so. Giving the fish some time to calm down can make hook removal easier for both of you. Depending on the hook set, you may need long needle nose pliers and heavy gauge wire cutters. Jaw spreaders or BogaGrip are also handy. These tools are useful for larger toothier fish such as Northern Pike and Muskie. Fishing gloves are optional. But, will provide some protection from spines, gills and teeth during handling. Regardless, make sure your hands are wet before handling the fish.

How to Hold a Fish

Assuming you removed the lure from the fish, the next goal is to retrieve the fish from the net. Different methods of retrieval can vary on fish species and size. Regardless, you should hold all your fish horizontal. You should support by holding their bellies to reduce stress and damage to their organs. Also most freshwater fish cannot survive out of water for long periods. Like you, they can only “hold their breath” for a short time outside their normal environment.

Both Largemouth and Smallmouth Bass are hardy fish and easier to handle than the likes of Muskie. If mistreated, they can be injured. Bass are shaped like “footballs”. Their physical characteristics are weighted more toward the fish’s midsection. Though it may be common to see both species of bass held by the lower jaw in a vertical position. It’s still a good practice to hold your fish horizontally.

Trophy class fish and apex predators of Ontario – both fish species need handled with respect. A 40+ inch Muskie or Pike can be as young as 7 – 11 years old on the French River. Whereas other parts of Ontario can be as young as 15 – 20. Since both species of fish are related to each other and share a similar body structure. Muskies and Pike are held in a very similar manner.

The smaller fish (under 20 inches) can be held like a Walleye. But, when they grow larger, patience is key. As mentioned earlier, wait for the fish to relax after fighting and for you to recollect yourself. Muskie can fight for up to 20 minutes in some cases. Sometimes the fish may even perform a “death roll” like an alligator after netting. This causes the fish to get even more tangled. Once your excitement and adrenaline have stabilized, carefully remove your hooks. You may even have to cut your hooks or split rings for large Pike and Muskies. Fret nought, hooks are cheap but the memories will be priceless.

After removing the hooks, place your hand under the fish’s gill plate. Avoid touching the fish’s gills. Use your other hand to help leverage and support the fish out of the net. Immediately level the fish to a horizontal position. If held vertically, these larger game fish’s organs will begin to stretch and tear. Causing the fish a slow and agonizing death. You can use the inside of your elbow to help hold the fish and brace against yourself. This helps offset some of the fish’s weight. You should be in control of the fish rather than it flopping around the deck.

How to Release Fish

“Game fish are too valuable to be caught only once.”
Henry (Lee) Wulff, Fly-Fisherman, Writer & Conservationist.

After having fun catching your fish and capturing some photos, you’re now left with a few options. You could keep a fish if they’re of legal-size or can release your trophy. This promotes bigger fish for future generations and allows others to enjoy catching. Thankfully, modern taxidermists can recreate released trophy fish from images provided to them. They will need the measurements of the fish’s length and girth.

Most experienced anglers understand the amount of time a fish can be out of water. The general rule with most fish species is 3 – 5 minutes before they suffer from brain damage. To time yourself, hold your breath as you pull the fish out of the water. If you’re feeling the need to breathe – so too does the fish!

Releasing most gamefish is straightforward. Gently lower the fish head first into the water as this allows the fish to breathe again. Assuming you were timely, the fish should be healthy and happy enough to swim away.

Yet, some fish may need more care. All fish have a “swim bladder” which acts like a balloon, helping keep a fish upright at various depths. Should a fish have issues staying upright during release, support and reorient them. This issue can be common during summer when reeling in fish from deep depths. Walleye, large Pike and Muskie can experience this issue when reeled in from depths of 28 feet (8.5 metres) and below.

Again patience is key as you may need to nurse the fish. Gently hold onto their tail. Mimic the fish’s swimming motion side to side and pause occasionally. At some point, the fish should feel lively enough to want to swim out of your hands and return to the depths you caught it.

Using these techniques and equipment, you should be better able to handle and successfully release fish back into Ontario’s waters. Remember caring for and supporting our French River fishery will produce better fishing opportunities. You can help preserve the sport we love for future generations of anglers.