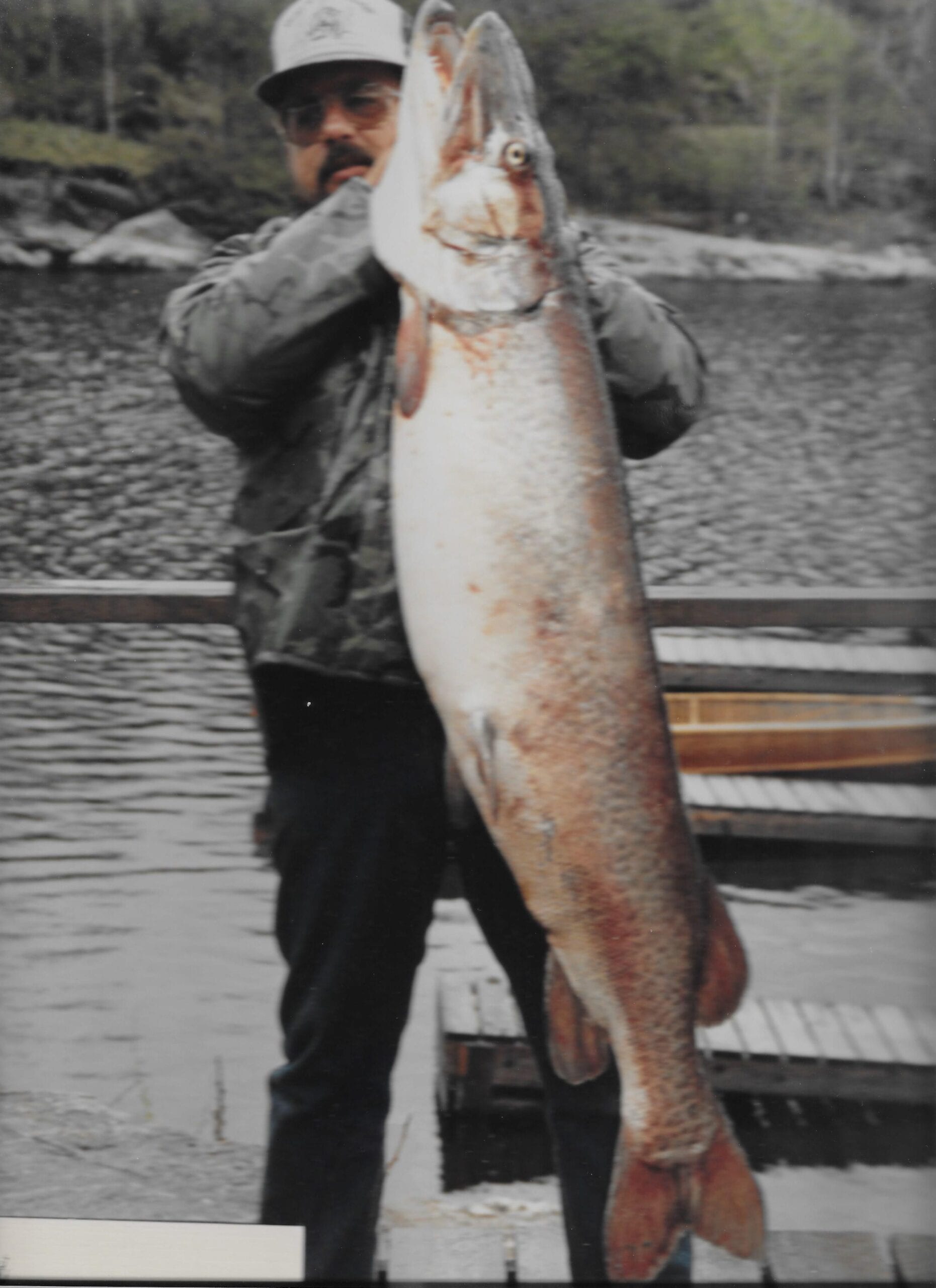 Guess what we found? As we were cleaning out our old files we stumbled upon this old report. We thought we should share these significant historical records supplied by Bear’s Den Lodge and compiled by Biologist George E. Moran of the French River Cooperative Fisheries Unit. This data includes musky historical records from 1961 – 1994 with a 5 year gap in record when the lodge was not in operation. 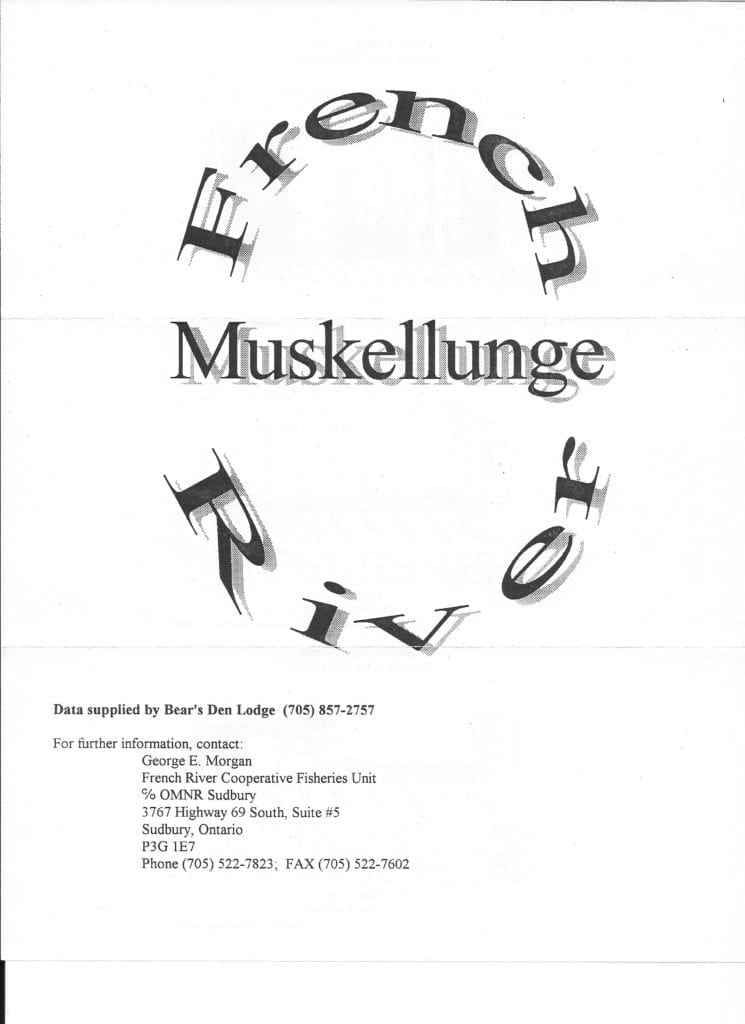 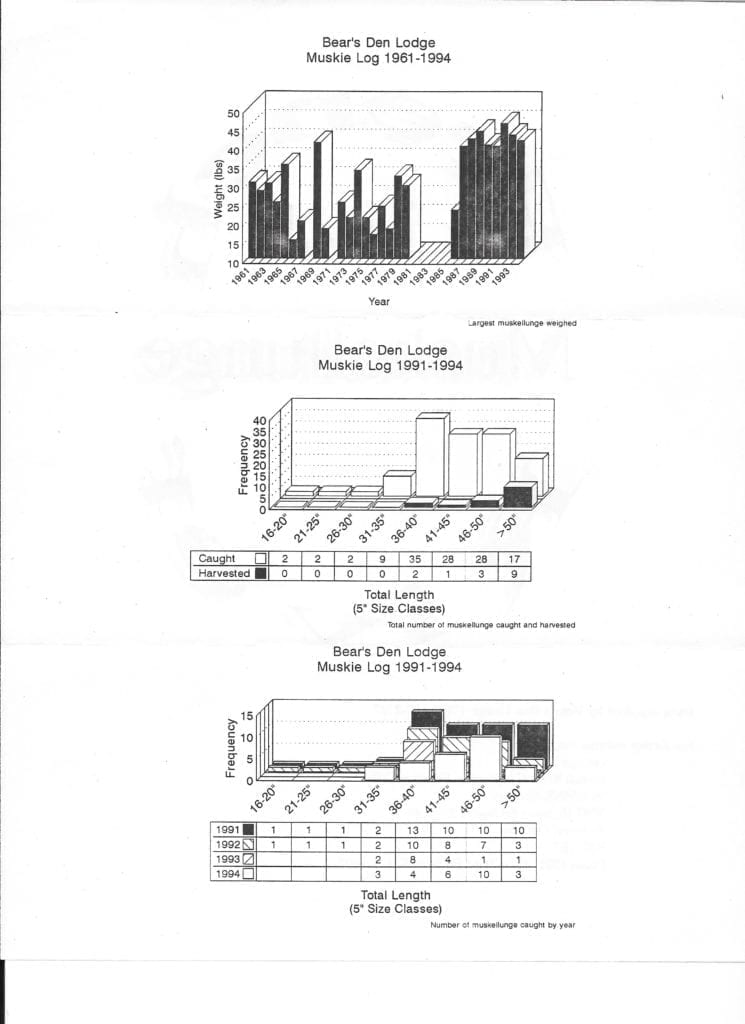 In 1989, Art Barefoot caught a 59 lb 11 oz French River musky which set a new record for the 14 Pound Line-Class World Record and still remains today. Unfortunately, the fish was caught in the gills making it unable to be returned to the river system. This sparked interest for the new lodge owner to suggest a need for conservation and preservation of the freshwater ecosystem. The report above was one of those many surveys conducted to help understand the population of the various fish species in the French River for later introducing the ‘slot sizes’. 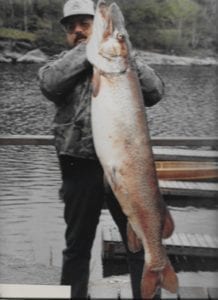