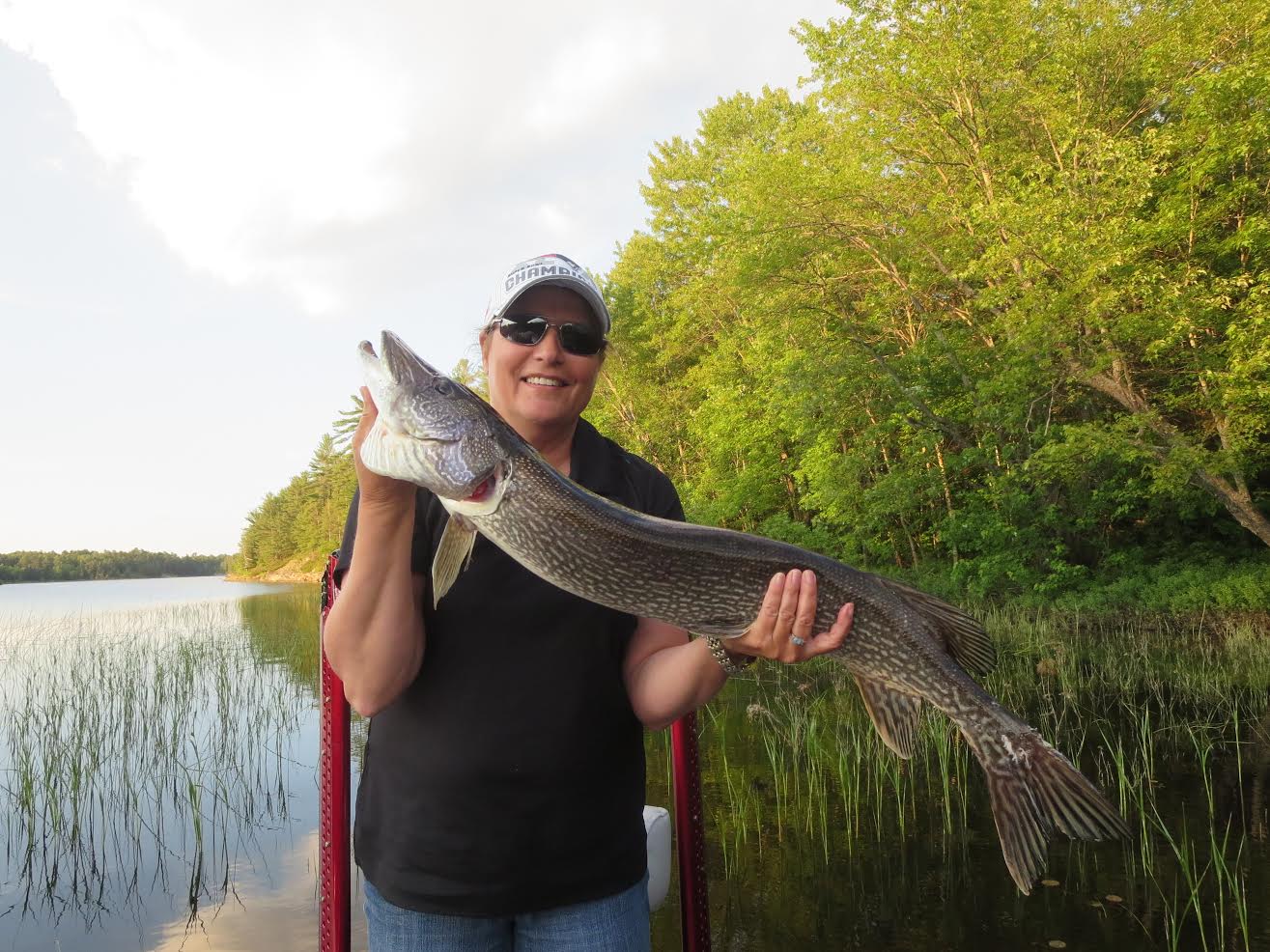 Pike Fall for this Hook, Line and Sinker… 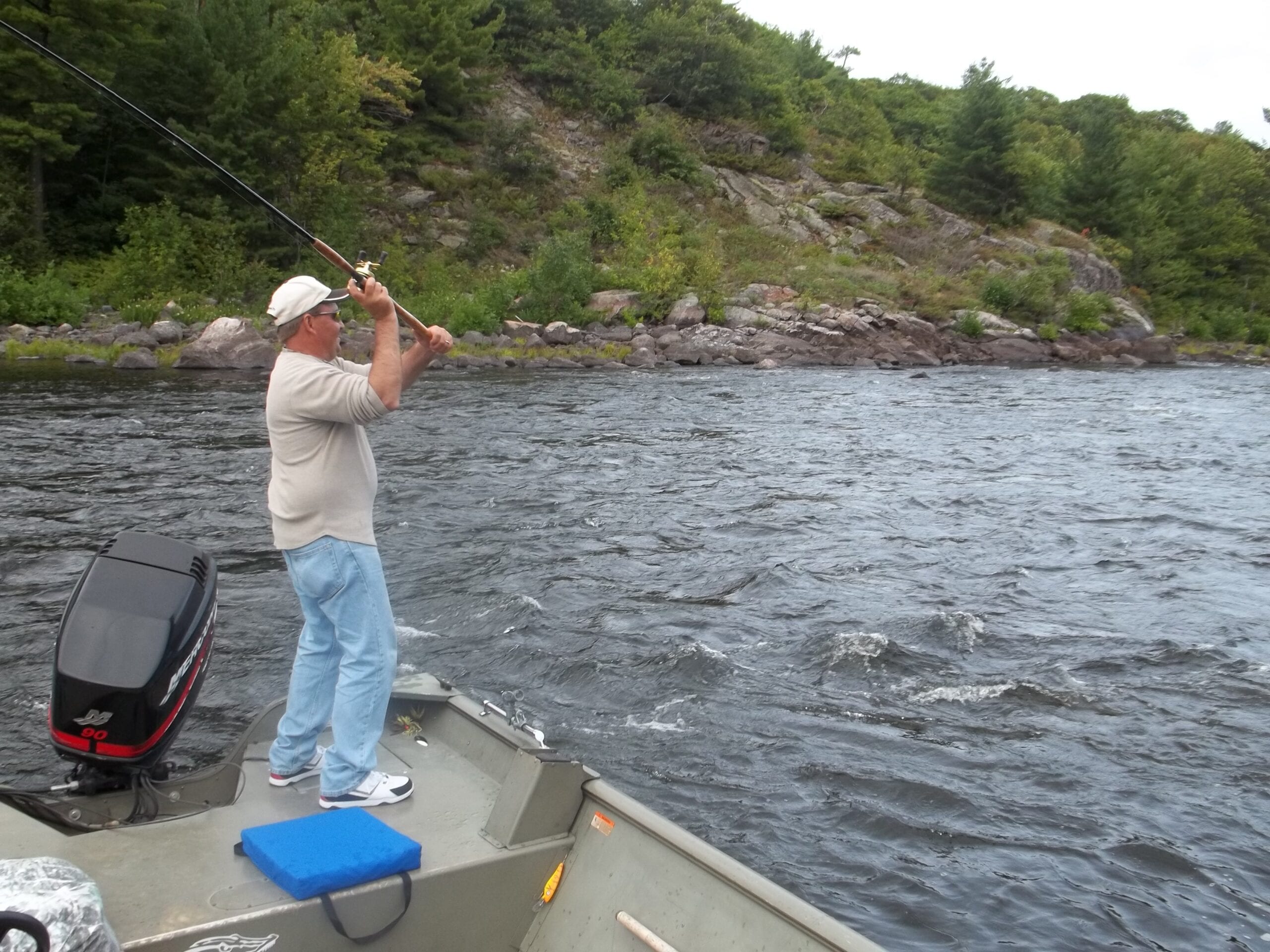 
Northern Pike are an aggressive freshwater fish with an attitude of its own. These predators chase, attack lures and are very territorial. As fall approaches, weeds tend to die causing these fish to establish new habitats and hunting grounds during the cooler waters of autumn.

During this period, they hang over hard bottom with green weeds until vegetation wanes and depletes oxygen necessary for aquatic life. This puts strain on pike in the noxious environment, causing northerns to seek new cover habitats over saddles, points, rocky reefs or shelves that descend into deeper water. 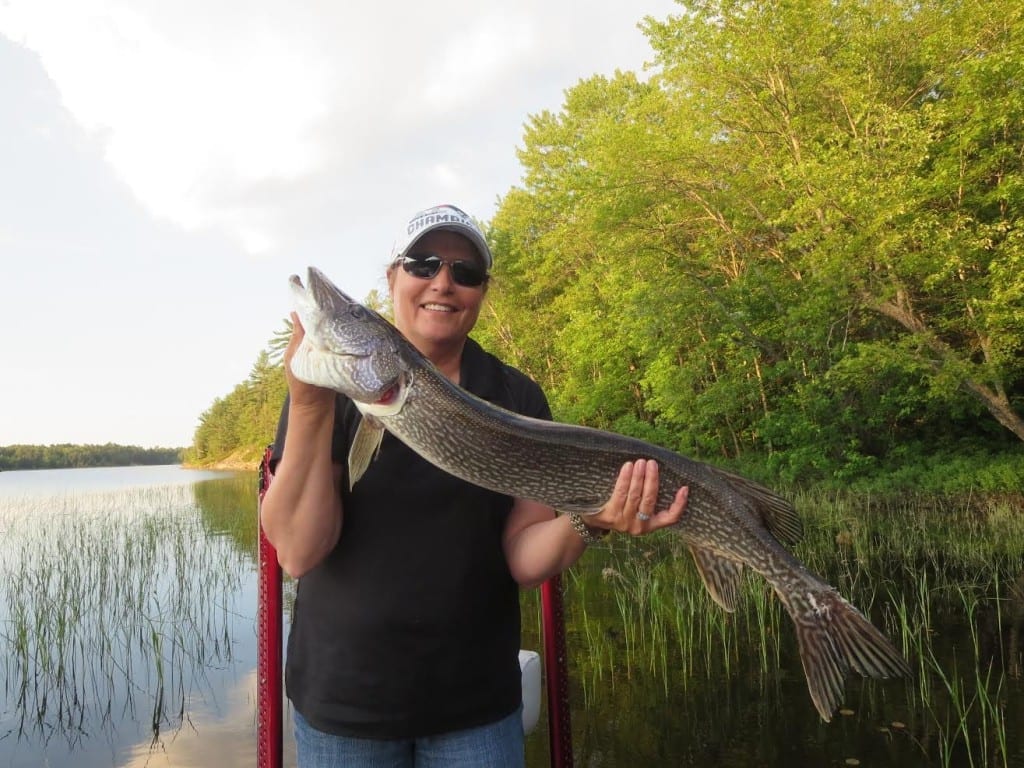 Catching Pike on the Cast

Weed edges over muddy bottoms normally die faster than solid bottoms. Cast for pike on weed edges of green vegetation. Often times in the fall, trolling spoons or crankbaits are necessary to locate the movement of fish. Once you pop several predators, take note of your surroundings; especially of the structure that produced the pike to locate additional pike producing areas in the French River. 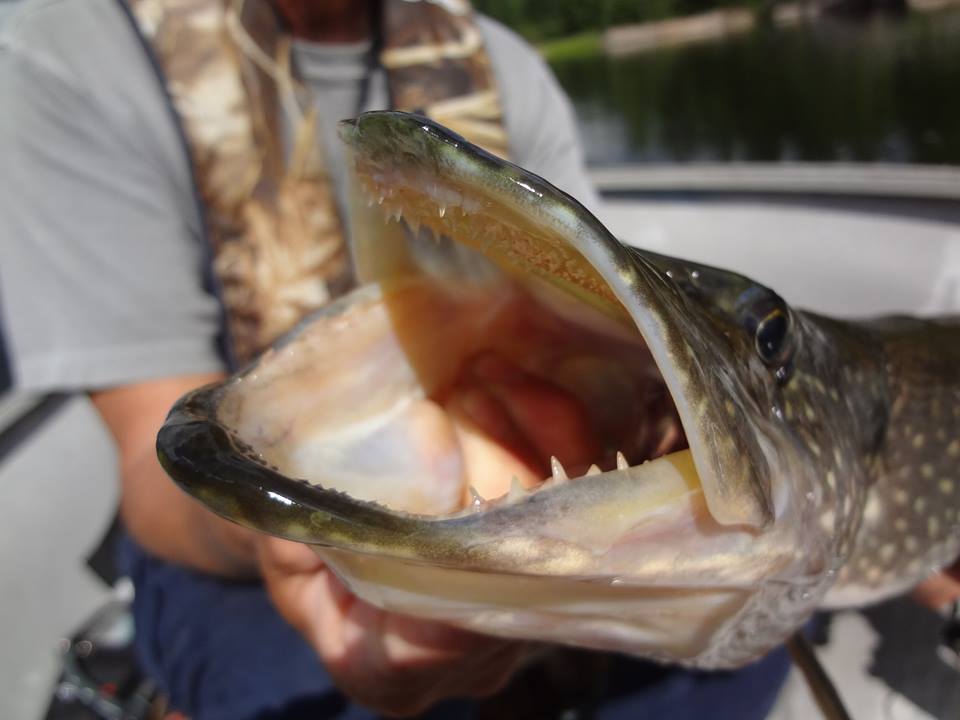 Spinnerbaits are a favourite dinner of these audacious fish along with bass. Their fall preferred (colour) palette is autumn colours of chartreuse, orange, yellow and a splash of white. To further entice the ferocious northern pike’s appetite, your presentation is also a factor. 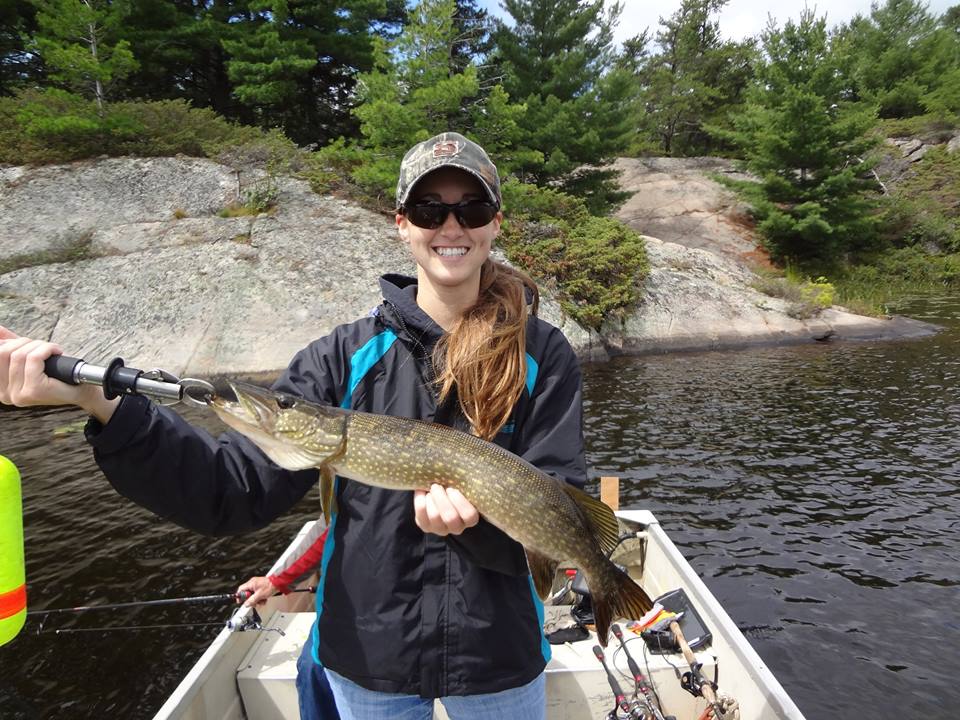 Being in the (Strike) Zone

When casting in fall, water temperatures are dropping and presenting properly in the strike zone is important. Your retrieve is as important as your cast placement. Prior to the retrieval of your bait, you should always change the direction of the moving lure (side-to-side) with an occasional jerk to further entice the fish. This will allow you to see if the pike is following and since they are cousins of the muskie, using the popular “figure eight” will also work on this species for those wary in the hunt.

*Another method suggested by Art Barefoot, 14# Line Class World Record Muskie Holder, Retired Guide and Owner of Bear’s Den Lodge, highly recommends keeping your rod tip down and making a large circular pattern beside the boat before the final retrieval.* 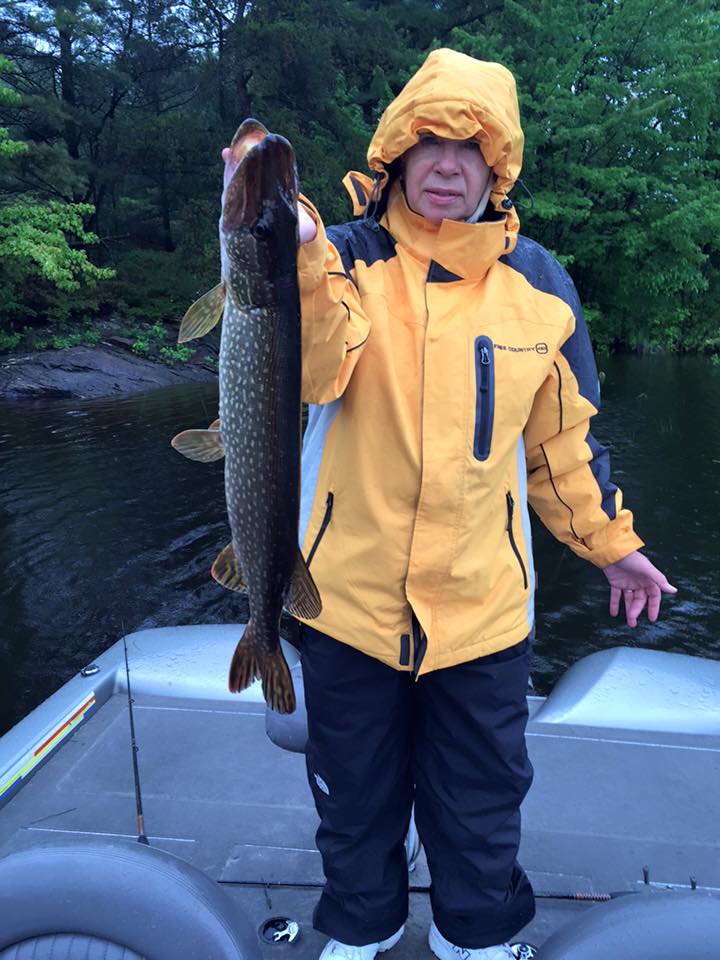 Taking the Hook, Line and Sinker

Positive aspects of autumn fishing are the larger game fish, less competition on the water, and a ravenous hunger to take the fall hook, line and sinker fishing the French River Delta.