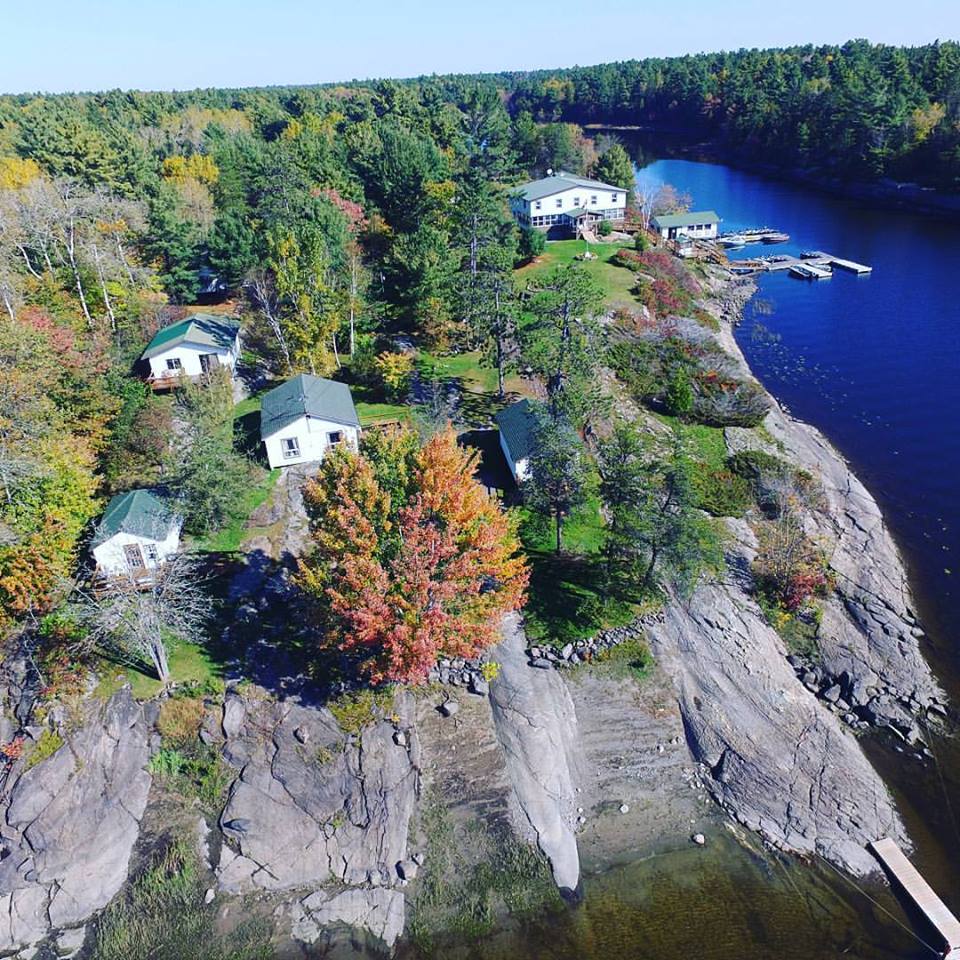 “What’s So Great About The Great Lakes?”:

Picture the world as it was 12,000 years ago where the land was covered by melting mile-thick glaciers. This amazing sculpture of ice, carved the land and created the Great Lakes. Forming approximately 15,000 kilometres (9,500 miles) of inland freshwater “ocean-like shores”. The lakes also contain an estimated 35,000 islands of which 30,000 of those islands dot the Georgian Bay alone.

Do you know which Great Lake, the French River borders?

Taking a Closer Look at How the French River was Sculpted:

The Precambrian Shield was created from massive pressure and volcanic heat that twisted and upheaved the land into gneiss, quartzite, and granite in a pallet of pink, white, brown & grey. Erosion over time formed the basins of the Great Lakes and the receding ice began to fill them. The last of the glaciers also carried rocky debris that caused scratches and chatter marks similar to that of a chalk board across the newly revealed land. The markings left evidence that the French River used to flow into Lake Nipissing and down the Ottawa & Mannawa Valley until about 9,500 years ago, where the land once again changed.

“Stair-step arrangement of basins is relatively new and resulted from the slow rise of the land as it rebounded from the depressing weight”. – University of Wisconsin Sea Grant Institute

Without the weight of the glaciers the land began to rise until a “Hinge Line” rose high enough to cut off the French from Lake Nippising, causing the waters to start flowing in reverse to the Georgian Bay as it currently does so today.

Campbell, W. A., & Lumbers, S. (1992). “The French River And Pickerel Rivers, Their History And Their People (First ed.)“. Sudbury, Ontario: Journal Printing. Pages 2 & 3 reviewing and paraphrasing the curator-in-charge for the Department of Geology, Royal Ontario Museum of Toronto about the geological history of the French River Area