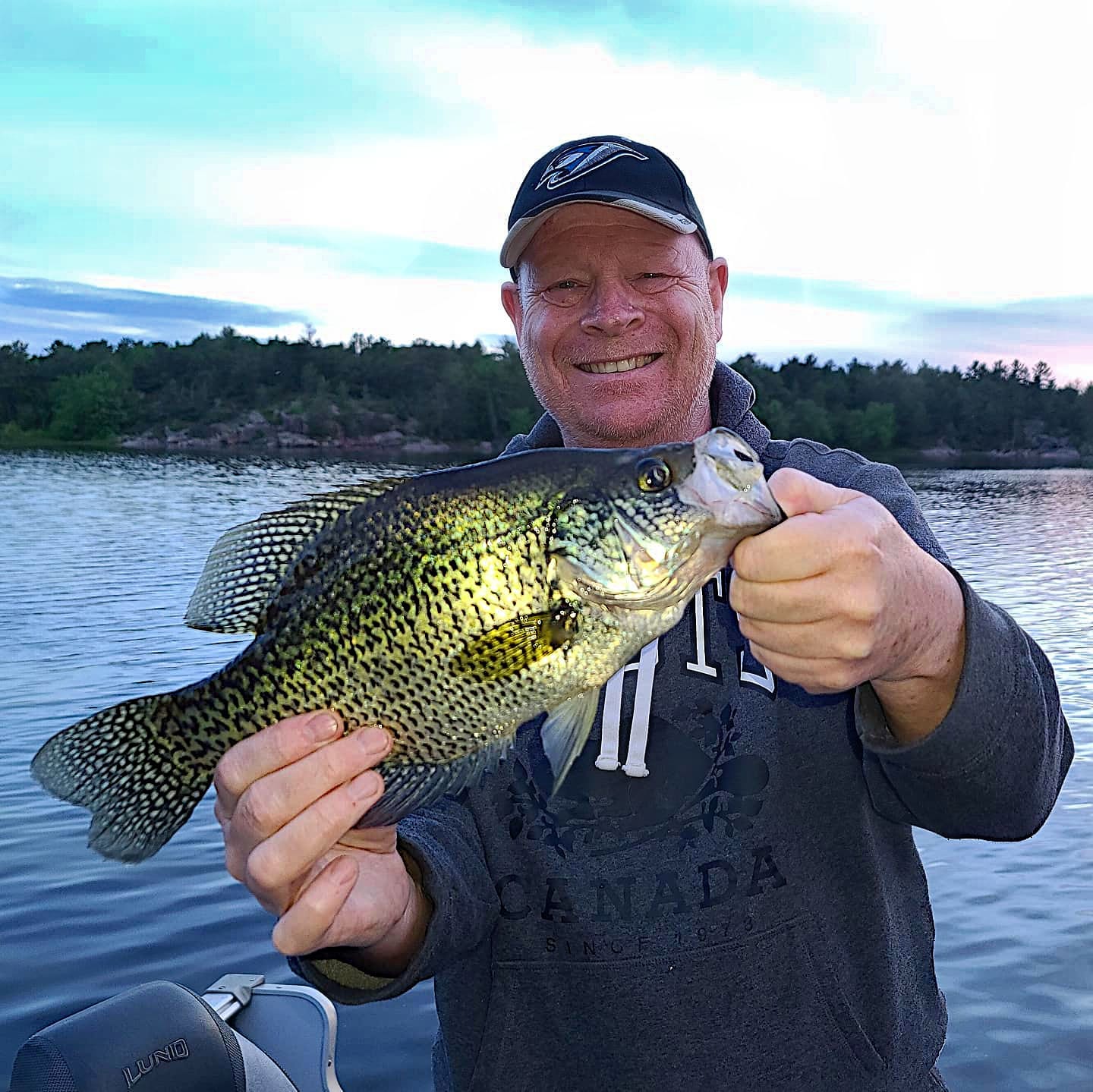 Spring is often ripe and plentiful of fresh opportunities to start a new fishing season. It is this time each year fishing enthusiasts shed their winter coats and clean their tackle boxes eagerly waiting for game fish to finish spawning. But there are also great opportunities to be found among “pan fish”. One of the most sought-after pan fish in the French River is Crappie, specifically black crappie.  Black crappie is very similar to white crappie in body shape, sizes and habits. Key differences between the two crappie species are:

Crappies are generally sought after, especially in early spring, for having meat that is similar in taste to walleye (pickerel) though crappie are generally a little sweeter tasting.

Black crappies in spring prefer areas of warmer and clearer water. They also prefer areas of fresh vegetation or submerged brush and downfall for food and cover from the likes of pike, bass and walleye. Black crappie spawn normally around 10ft of water and school vertically. In spring, schooling crappies takes turns moving in and out of shallows hunting other fish spawn, minnows and grubs.

Crappies have smaller and thinner mouths which lends them to favour smaller jigs such as 1/32 and 1/16 oz. with live or soft rubber baits.  Because of the waters in the French River having a brownish tint, lures with bright whites or colours (yellows & greens) help both you and fish find your bait. It is not uncommon for people to use a bobber to suspend their bait a foot or two from surface. Which holds a jig above snags and in the strike zone.

With the large body of water in the French River, it is important to learn when and where to use hit-and-run-tactics like bass fishing. In the early spring, there are many bays and shallower channels where crappies will gather for warmer, clearer and calmer water. A depth finder is very helpful to check water temps and see if there are schooling crappies. A good rule of thumb is spending about 15 – 30 minutes at a point of interest. After the attempt, if there is no action, find another spot. You can return sometime later to see if the fish’s mood has changed or the angle of the sun. However, if there is action in the spring, do not leave biting fish until black crappies stop feeding or disperse.

For more detailed information about crappie fishing, check out this great article by Joel Nelson for AnglingBuzz.com about spring crappies: